Email ThisBlogThis!Share to TwitterShare to FacebookShare to Pinterest
Labels: Work From Home

A few days back I, decided to get myself a smartphone. Well, with the new smartphone era, just being on the edge, and me being a big Nokia buff, I decided to check on the Nokia XL. 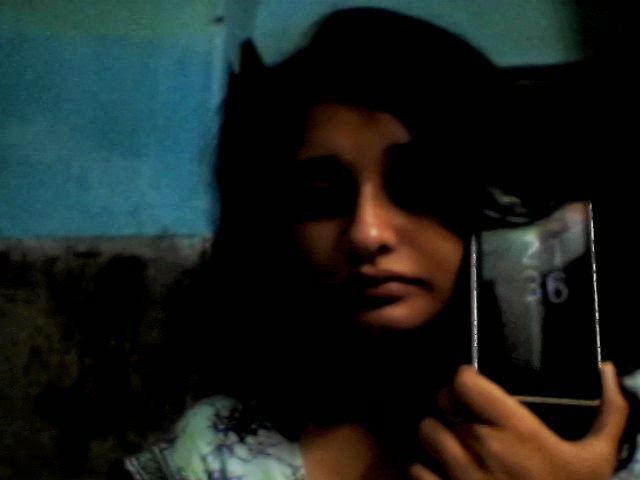 Well, frankly speaking I had two options in mind. The Nokia XL and the hugely advertised Samsung Galaxy Grand NEO.  After a week long research, I decided to give Nokia a fair chance to woo me first.
The following Sunday I walked into the store. There was the Samsung Galaxy Grand Neo in bright orange at display. Well, let me tell you frankly, it was rather too nice to overlook. And with the Samsung Craze all around its really tough to overlook the NEO. But, I asked for the XL instead. 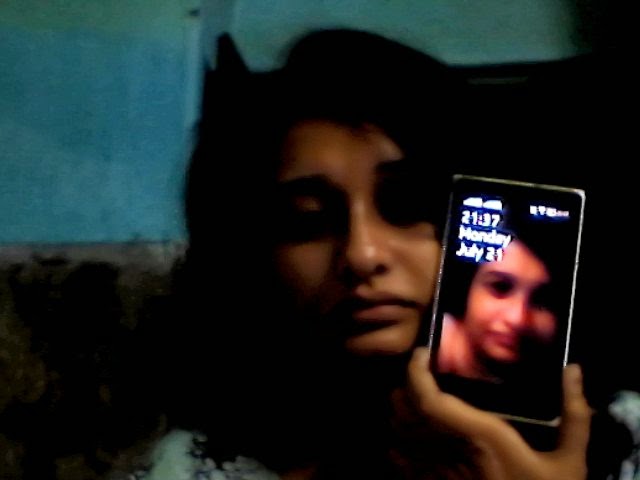 The store attendant brought the Xl out in black and white. Well, the black one makes you beg for the Grand, but the white Nokia XL steals your heart away; at the very first chance. There is just no turning back to it.
For all those who have been menaing to buy the nokia XL, but are in doubt with regards to the recent downfall in the Nokia Lumia series, let me tell you, with reards to the price the Nokia XL gives out a  good phone. All you need to configure is already there (well, er, except for whatsapp—but then again you can always download it or get it from the store attendant, like I did). The processor works fine. It’s a dual sim phone. So you can just choose an operator that allows you the lowest of prices in terms of data usage.
Well, and then there is the amazing Nokia Battery. On 3G the battery lasts for about a day. Then there is the amazing Nokia Music. Followed by the Nokia Mix Radio and FM radio. Yes the Mix Radio is a mix of various songs in various beats, handpicked by the Nokia team. 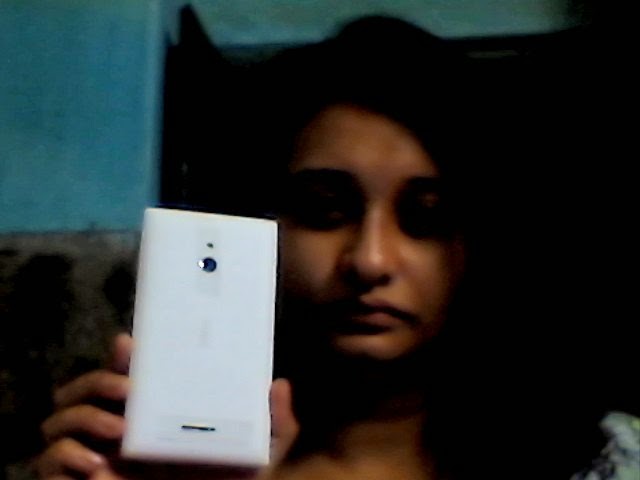 Then comes the five-inch screen. Well, who doesn’t love a five inch and awesome display! Even whatsapp images seem to get to life. Well, then again I’m a first time smartphone user. There is also the delight to the fast lane. The short cut to all the activities on the phone. But what delights you the most, is the five megapixel autofocus camera, with flash. And trust me when I say this, it actually, is amazing given its price.
And then comes the biggest surprise, the front camera. The two megapixel front camera. And yah, trust me the front camera actually makes you look good no matter how exhausted you are. It is also the mirror in any emergency case. And trust me, no mirror in the world can match up to this expertise. 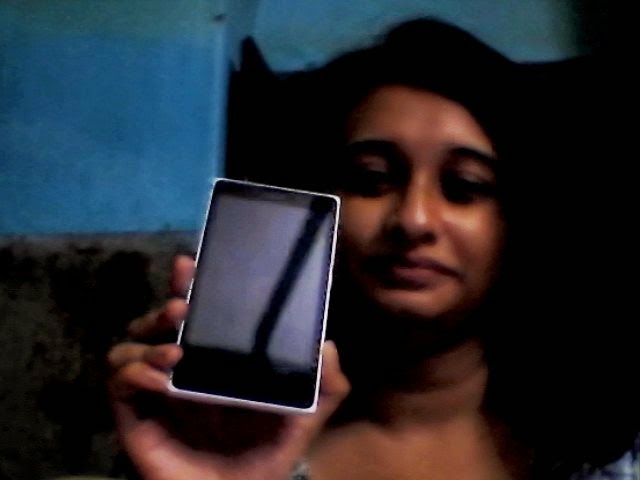 Well, and in the end it is priced at something around ten thousand. It was a delight to get my phone out of my own pay. Yes, I didn’t feel the pinch, and actually saved enough to throw a new phone party! 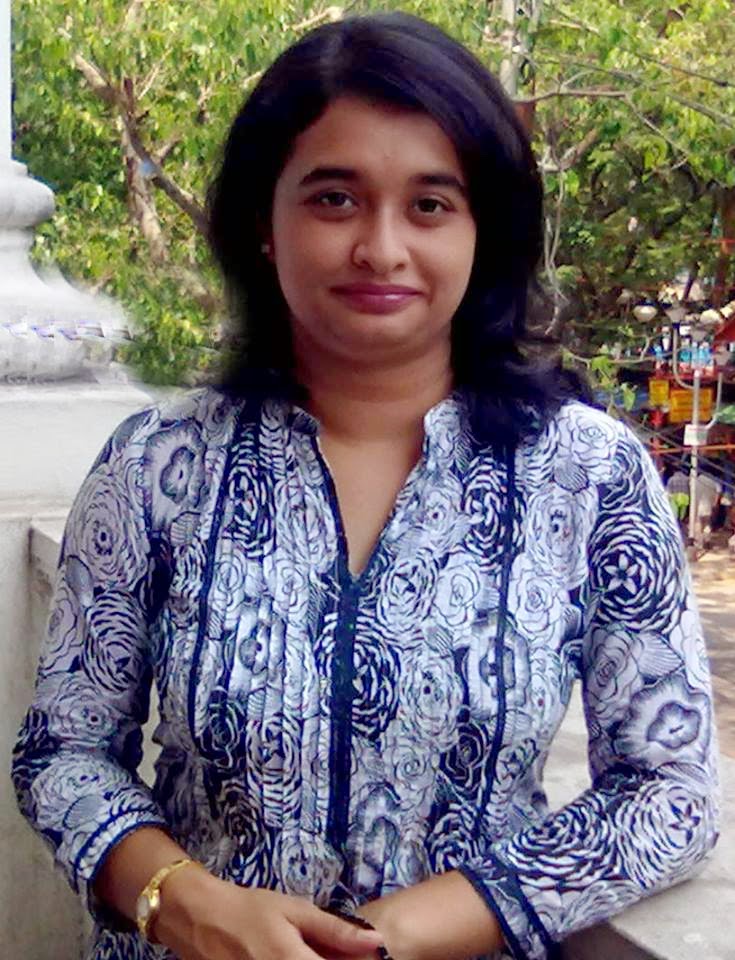 https://plus.google.com/u/0/106473732532574868730/about
The above is the google plus link
https://www.facebook.com/susweta.bose?ref=tn_tnmn
the facebook link
suavesusweta.blogspot.in
the link to my blog

In 2003, RIM launched the Mobile Data Service to enable customers to access Java-based third-party enterprise applications using the secure real-time push-based BlackBerry infrastructure.
Later on October 21, 2008, RIM announced at the BlackBerry Developer Conference that the company would open an application store for their devices.It was also announced that the store was scheduled to be open in March 2009, and would work in conjunction with PayPal's services. On January 19, 2009, RIM began accepting submissions of applications from developers.
On March 4, 2009, RIM officially named the store "BlackBerry App World"[5] (previously called the BlackBerry Application Storefront). It was also confirmed that the service would not initially be available for desktops, and only a web-based catalog would be accessible from non-BlackBerry devices.

On February 2, 2011, BlackBerry App World 2.1 was released. This version introduced in-app purchases of digital goods, allowing for add-ons to be purchased within applications.

RIM announced that the store would initially be available in the United States, United Kingdom, and Canada.
As of September 9, 2010 - BlackBerry App World is available in 113 countries and accepts payment in all 113 using a combination of PayPal, credit card, and carrier billing

List of countries where BlackBerry App World is available.
Applications are both free and paid from $0.99 to $999.99 USD in the U.S. The registration and app submission fees charged to developers are currently $0.

The service is available in English, French, Italian, German, Spanish, and Brazilian Portuguese.
The store is available for the following BlackBerry devices that are updated to BlackBerry OS version 4.5.0 or higher:

kpc-power.co.in
KPC Systems & Power Solutions, the most prestigious and progressive trader of reliable andthe batteries for all automobiles, UPS, Inverters, Industrial and other .

missiontocanada.com
Everybody has dreamt once of becoming a pilot during their childhood and few are able to make it possible. Becoming a Pilot takes lot of pain and labour, as it is one

Top 20 mobile operators in the world

It is listed on both the NYSE and the Hong Kong stock exchange. The world's largest mobile operator was founded in 1997. China Mobile controls 70 per cent of the market share.

SingTel has a combined mobile subscriber base of 416 million customers from its own operations and regional associates in 25 countries.

SingTel is also the largest company by market capitalisation listed on the Singapore Exchange and is majority owned by Temasek Holdings, the investment arm of the Singapore government.

It operates in over 30 countries and has partner networks in over 40 additional countries.

America Movil headquartered in Mexico City, Mexico has the fourth largest mobile network operator in terms of equity subscribers. One of the largest corporations in Latin America, it is a Fortune 500 company.

Owned by the world's richest man, Carlos Slim Helu, America Movil provides services in the Americas, primarily in Latin America and the Caribbean.

Telefonica is a Spanish broadband and telecommunications provider in Europe and Latin America. It is the largest fixed phone and ADSL operator in Spain.

Bharti Airtel operates in 20 countries across South Asia, Africa and the Channel Islands. It operates a GSM network in all countries, providing 2G or 3G services depending upon the country of operation.

Airtel is the fifth largest telecom operator in the world with about 230.8 million subscribers across 19 countries at the end of June 2011.

It is the largest cellular service provider in India, with over 173.73 million subscribers at the end of October 2011

Orange is the key brand of France Telecom, one of the world's leading telecommunications operators.

Orange is one of the main European operators for mobile and broadband internet services under the brand Orange Business Services.

Telenor Group is mostly an international wireless carrier with operations in Scandinavia, Eastern Europe and Asia, under the Telenor brand.

Telenor started off in 1855 as Telegrafverket, a provider of telegraph services.

Founded in 1992, Beeline is the trademark of the Russian telecommunication operator, VimpelCom. In 1996, it became the first Russian company listed on the New York Stock Exchange.

China Unicom or China United Netcom is a Chinese state-owned telecommunications operator. China Unicom was founded as a Government-owned corporation, established on July 19, 1994, by the Ministry of Information Industry and approved by the State Council.

In 2008, China Unicom sold its CDMA business and assets to China Telecom.

TeliaSonera is a major mobile network operator in Sweden and Finland. The company has operations in Northern, Eastern Europe, Central Asia and Spain.

Axiata Group Berhad is one of the leading telecommunication companies in Asia.

The company founded in 1992, has its primary business is in investment holding and offers telecommunication and consultancy services on an international scale.

Established in 2004, as a subsidiary of the Reliance Group, the company has established a pan-India network.

MTN Group is a South Africa-based multinational mobile telecommunications company, operating in 21 countries across Africa and the Middle East region.

Headquartered in Abu Dhabi, Etisalat is the largest operator in the Middle East and Africa regions.

It is second highest rated telecom company globally on the Fitch rating scale and fourth highest on S&P and Moodys' rating.

Etisalat operates in 18 countries across Asia, the Middle East and Africa.

Based in Bonn, Germany, its subsidiaries operate GSM and UMTS-based cellular networks in Europe, the United States, Puerto Rico and the US Virgin Islands.

Verizon Wireless, is one of the largest mobile network operators in the United States. The company is a joint venture of US telecommunications firm Verizon Communications and Vodafone.

In 2009, Verizon Wireless acquired Alltel Wireless in a deal valued at $28.1 billion.

Founded in 1993, MTS is the largest mobile operator in Russia and Commonwealth of Independent States(CIS).

In 2008, Vodafone announced a partnership deal with MTS, whereby Vodafone services would be available to MTS subscribers.

AT&T Mobility is a wholly owned subsidiary of AT&T that provides wireless services to over 100 million subscribers in the United States, Puerto Rico and the US Virgin Islands.

AT&T Mobility is the second largest wireless telecommunications provider in the United States after Verizon Wireless.